Notice: Use of undefined constant REQUEST_URI - assumed 'REQUEST_URI' in /var/www/html/wp-content/themes/Avenue/functions.php on line 73
 The Indian Quarterly – A Literary & Cultural Magazine – Ganesha In The Midwest

Ganesha In The Midwest

For novelist Louis Bromfield, creating Malabar Farm was a return to roots. For visitors, it’s a slice of India.

Driving through the rolling hills of Western Ohio, past corn fields punctuated with barns and silos, the last thing you expect to find is a connection to South Asia. Though this cornerstone state in the heart of Middle-America is home to a large concentration of N.R.I’s, and the region’s favourite baseball team is known as the Cleveland Indians, there is little else to suggest any associations with the Subcontinent, half a world away. However, soon after leaving Interstate 71, signs begin to crop up for Malabar Farm, a popular tourist destination and heritage site near the city of Mansfield. Thanks to Pulitzer Prize-winning author, Louis Bromfield, a little bit of India exists in this bucolic, rural pocket of the United States, appropriately known as Pleasant Valley. And when you finally arrive at Malabar Farm, the familiar elephantine deity of Ganesha is there to greet you, presiding over the gabled porch and clapboard facade of a traditional white farmhouse. With a bluebird having built its nest in the niche where he sits, Lord Ganapati looks as comfortably at home in Ohio as he might on Chowpatty Beach. 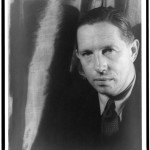 Bromfield wrote more than 25 books including two that are set in India, A Night in Bombay and The Rains Came, which were inspired by an extended visit in 1932. Malabar Farm seems to have been named for the hill in Mumbai that overlooks Marine Drive to the east and the Arabian Sea to the west. The farmhouse is famous for many things, including the fact that it was the site of Humphrey Bogart and Lauren Bacall’s wedding. Their honeymoon suite is preserved with photographs and newspaper clippings of the star-studded marriage. Bromfield was a lifelong friend of Bogart’s from their New York theatre days, before either of them became a celebrity. The tour guides who take you around the author’s home like to point out French influences from Bromfield’s years in Paris, where he lived among the expatriate literati like Ernest Hemingway, Gertrude Stein, F. Scott Fitzgerald and Edith Wharton. While Bromfield never acquired their enduring stature as an author, his books were well-received and earned him a respectable living during the 1930s and ‘40s. A Royal typewriter still sits by his desk, near a bust of Voltaire and the stars and stripes. His association with Hollywood brought an element of glamour to Ohio. Aside from Bogie and Bacall, actors like Errol Flynn and James Cagney visited the farm. The Rains Came was made into a film on two occasions, the first starring Myrna Loy, George Brent and Tyrone Power, the second with a young Richard Burton in a leading role. Set in a fictional princely state of Ranchipur, Bromfield’s story plays out against a backdrop of earthquakes, epidemics and monsoon floods, which force the characters to set aside their colonial romance for humanitarian good deeds. Dust jackets and posters for The Rains Came decorate the walls of Bromfield’s study, replete with faded images of Maharajas and English sahibs, the kind of Raj exotica that MGM and 20th Century Fox produced during that era. Several of Bromfield’s books remain in print, thanks largely to the Wooster Book Company, a small, independent publisher in Ohio. Penguin India recently reissued Night in Bombay, which depicts the Maximum City before independence. The American protagonists stay at the TajMahal Hotel and there is plenty of local colour. Despite the clichés, Bromfield does offer a generally sympathetic portrait of India and sees hope in the freedom struggle, unlike Katherine Mayo, whose toxic Mother India, published two decades earlier, set the lowest possible benchmark for American writing about India.

Louis Bromfield was born in Mansfield, Ohio and returned to Malabar Farm after twenty years of living abroad. Aside from his fame as a novelist and screenwriter, he is well known for his innovations in agriculture, conducting some of the earliest experiments in organic farming. Disillusioned with the mechanised slaughter of World War I, which he experienced firsthand as an ambulance driver in France, Bromfield left Europe as World War II began to threaten. Searching for a simpler life, away from the poison gas and explosive chemistry of battle that laid waste to much of the French countryside, he came back home to find a more fruitful relationship with the soil. His sociable nature and gregarious personality drew others to Ohio, where Bromfield and his wife, Mary, played host to a number of literary and cinema personalities from New York and Hollywood, introducing them to the rural pleasures of hay rides, maple syrup and corn on the cob. Today, the 1,000 acre farm is maintained as an Ohio State Park. Visitors can tour the property on a tractor ride to see the abundant results of this agrarian author’s farming efforts. A roadside vegetable and fruit stand, designed by Bromfield to be cooled by a natural spring, still offers fresh, organic produce. The Stagecoach Inn, at the entrance to the farm, has a menu that mixes French cuisine with American home cooking, a suitable metaphor of Bromfield’s life. The only missing entrée is tandoori chicken.

Bromfield’s one visit to India was obviously lodged in his imagination, though he never travelled abroad again and died on his farm in 1956. Yet, the impressions he gathered of Bombay and other places he visited in India, remain firmly placed on the bookshelves of his home, where a carved teak image of a Brahma Bull stands guard over first editions. And above the front door of the farmhouse still sits the portly figure of Lord Ganesha with his curled trunk and broken tusk, blessing those who enter this pastoral yet cosmopolitan domain.