Notice: Use of undefined constant REQUEST_URI - assumed 'REQUEST_URI' in /var/www/html/wp-content/themes/Avenue/functions.php on line 73
 The Indian Quarterly – A Literary & Cultural Magazine – Brave and Beautiful

The traditional homes of coastal Tamil Nadu are striking for their proportions and use of colour. Documenting these is a labour of love for Dominic Sansoni

I was in Tamil Nadu days after the terrible tsunami struck in December 2004. I flew into Chennai and then drove south to Nagapattinam, which became my base over the next few days. I was there to document the tragic destruction, and later, over a period of three years, to record the reconstruction of housing on the south-east coast. My journey started at Paringapettai, followed by the old Danish settlement of Tharangambadi, then Karaikkal, Nagapattinam and Nagore, inland to Thanjavur and, finally, all the way down to Kanyakumari.

I first looked more closely at the vernacular architecture of the region in Nagore. I was struck by the brave sense of colour and elegant proportions; when the width of a pillar was just right, and yellow, pink, green and blue were used perfectly together. Over six years, I returned often to document buildings. I focused on smaller towns and villages, quickly driving south from Chennai and not really looking out till past Puducherry. Then I slowed down and started watching out for buildings that I felt a compulsion to document.

It was exciting to walk through a town for the first time and discover a wealth of material. Sadly, and all too commonly, much of it was being destroyed to build new homes. None I saw were as beautiful as the old.

The buildings really only came alive with people, and what a joy that was. The delight of looking down a street to see a beautifully dressed woman step out from her house; an open door framing the owner of a home; people seated on thinnais in perfectly matching or complementary colours. People were kind and generous and often allowed a stranger in to photograph a private space.

My project will never end. It has become another ‘work in progress’, which allows me the excuse—and pleasure—of being able to go back again, and again. House front in town of Suchindram, near Kanyakumari 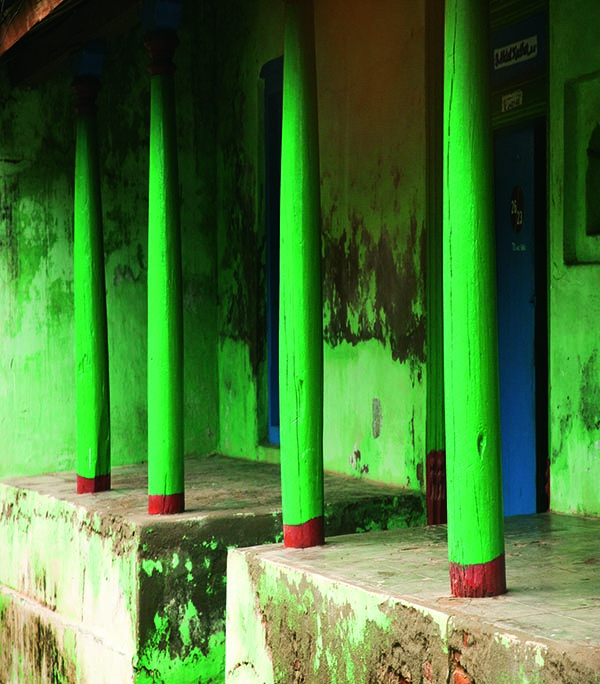 Exterior of a home in Nagapattinam with fine green pillars Bundle of cloth on thinnai of a home, Nagapattinam 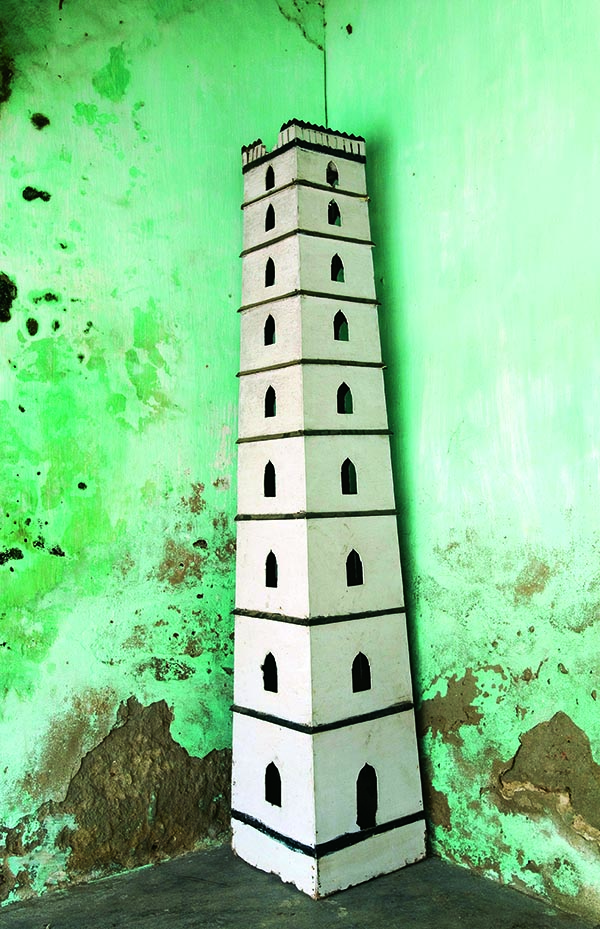 Trellis door and painted pillar detail in a house in Nagapattinam 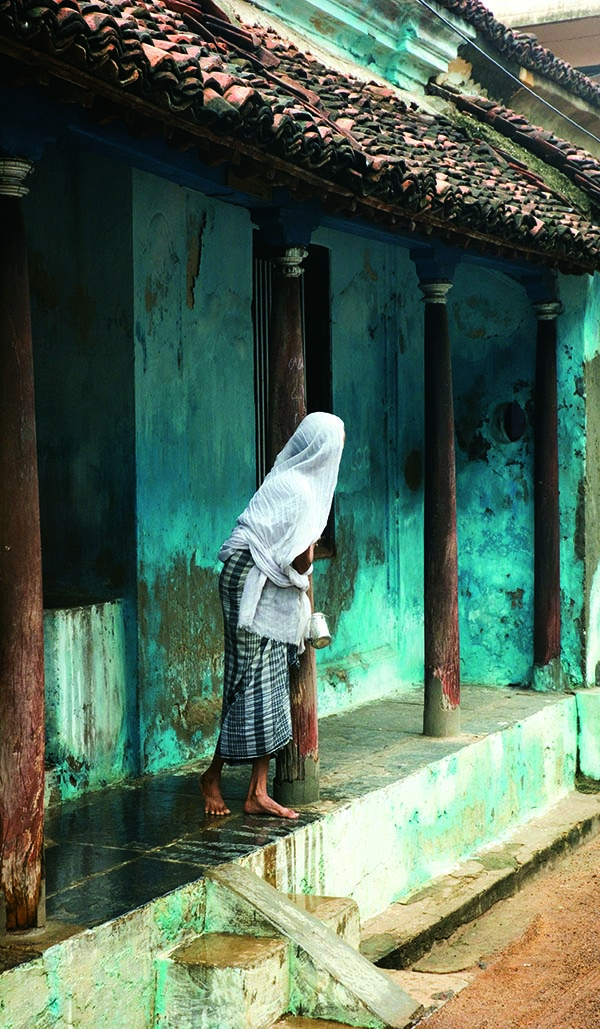 House front in the Muslim part of town in Nagapattinam Man framed by his door, Nagapattinam

Dominic Sansoni has been a professional photographer since 1980. What he likes best is travelling with no agenda.